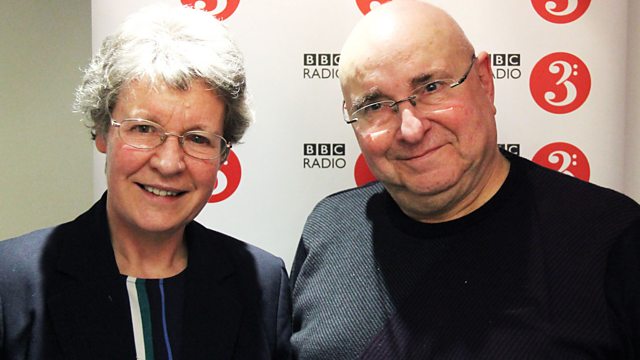 9.30am
Take part in today's musical challenge: can you name the television show or film that featured this piece of classical music?

10am
Rob's guest this week is the astrophysicist Jocelyn Bell Burnell. Whilst still completing her PhD at Cambridge University Jocelyn made what is considered one of the greatest astronomical discoveries of the twentieth century. She discovered Pulsars, small stars near the end of their life-cycle which emit radio signals, pulses. Uncovering Pulsars has unlocked many doors in the field of astrophysics, validating and enabling many other notable scientists. Jocelyn has since become a role model for young students and female scientists throughout the world, and when she became professor she doubled the number of female Physics professors in the UK. As well as discussing her life and work, Jocelyn has chosen a selection of her favourite classical music and across the week we'll hear works by composers including Villa-Lobos, Rachmaninov, Haydn, and Richard Strauss.

10.30am
Music in Time: Modern
Today Rob's in the Modern period exploring a musical style created by the Estonian composer Arvo Pärt: Tintinnabuli. It literally means 'the bells', but refers to the notes of the triad, which form the backbone of Pärt's minimalist compositions.

11am
Rob's Artist of the Week is the Italian conductor Arturo Toscanini. Considered one of the greatest conductors of the 20th century, he was admired for his faithfulness to the score as well as for the incendiary thrust he brought to his interpretations. His career began sooner than perhaps he might have expected. Whilst on tour in South America as an Assistant Chorus Master he was called upon to conduct Verdi's Aida after three other conductors were either booed-off by the audience or rejected by the cast; Toscanini was only 19, but he conducted the whole opera from memory. He went on to be a leading opera conductor, entrusted with the world premieres of Puccini's La Bohème and Leoncavallo's Pagliacci, and he was Principal Conductor at La Scala, Milan, twice during his career. He spent much of his working life in America, leading the Metropolitan Opera, the NBC Symphony Orchestra - an orchestra created for him - and the New York Philharmonic Orchestra. He was also the first non-German conductor to appear at Bayreuth. This week Rob's chosen his interpretations of Elgar's Enigma Variations, Beethoven's 7th Symphony, Debussy's Iberia, part of Wagner's Götterdämmerung and Tchaikovsky's Piano Concerto No.1 with Vladimir Horowitz.

The piece played was Mendelssohn's Scherzo Op.16 No.2 from his Three Fantasies. This piece was featured during Toto's escape from the witch in the 1939 technicolor classic, 'The Wizard of Oz'.