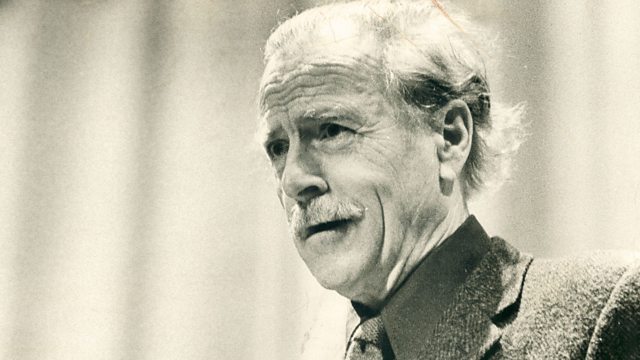 The 1967 publication of the bestselling paperback 'The Medium is the Massage' confirmed Marshall McLuhan as the first mass media guru and 'prophet' of the electronic age. With it he achieved global fame. Newsweek even compared him to Batman.

So how did a tweedy middle-aged Professor of English literature from the plains of Canada become such an iconic public intellectual?

Throughout the '60s McLuhan attempted to explain to its rapidly expanding audience how television's immediacy affected people's psychology and behaviour. Few actually understood his complex theories but he expounded them in a reassuringly authoritative manner, often using short catchy phrases. McLuhan coined the phrase 'the medium is the message' and was the first to talk about the 'global village', both flashcard maxims that helped to define the era's thinking on electronic media.

By the time of his death in 1980, Marshall McLuhan had been all but forgotten, his theories ridiculed or dismissed. But with the rise of the internet and the rapid encroachment of social media into our lives, McLuhan's observations on the media have recently enjoyed a critical resurgence. In explaining how television disrupts our lives he laid down a series of principles that can arguably be applied to today's digital regime. McLuhan's books have all been reprinted, his writings are taught on design and media courses again, whilst WIRED magazine claimed McLuhan as its 'patron saint'.

In Whatcha Doin', Marshall McLuhan, the writer Ken Hollings re-examines the man and his legacy. He talks to those who have been influenced by McLuhan as well as those who knew him well, including the celebrated novelist and journalist Tom Wolfe, and asks how and why McLuhan fits into the media narrative of the twenty-first century.

Opera across the Waves