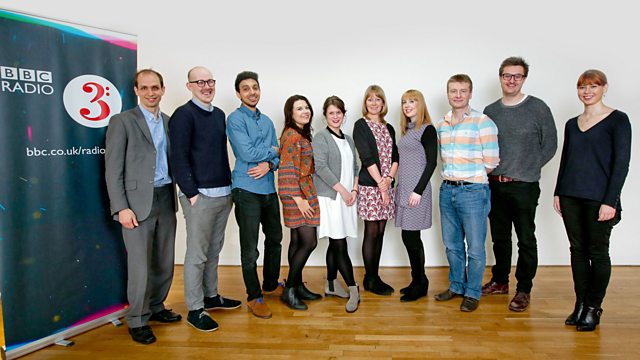 In front of an audience at Sage Gateshead, Eleanor Rosamund Barraclough introduces the ten academics selected as the 2017 cohort of New Generation Thinkers.

An introduction to the academics whose ideas will be making radio waves across 2017. The New Generation Thinkers is an annual competition run by BBC Radio 3 and the Arts and Humanities Research Council to select 10 researchers at the start of their careers who can turn their fascinating research into stimulating programmes.

In this event, the 2017 selection make their first public appearance together: their topics include music and health and Shakespeare in Arabic.

Hosted by Eleanor Rosamund Barraclough of Durham University, who has just published Beyond the Northlands: Viking Voyages and the Old Norse Sagas. 4 years ago she was one of the New Generation Thinkers.

An interview with Haemin Sunim—Festival 2017