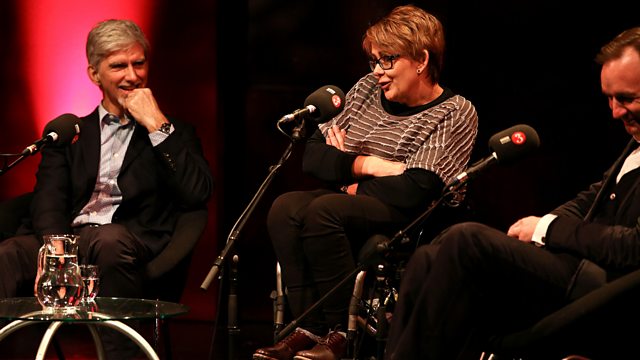 Damon Hill, Tanni Grey-Thompson and former Colonel Lincoln Jopp consider whether the rush of adrenaline makes us think better? It brings us an increase in our strength, heightened senses, a lack of pain and a burst of energy. How is it connected to our expertise in handling crises and what is the aftermath?

Joining Radio 3 presenter Rana Mitter and an audience at the Free Thinking Festival at Sage Gateshead are guests who have lived and observed decision-making under pressure, at top speed:

Damon Hill is a former Formula One racing driver, broadcaster and author of Watching the Wheels: the Autobiography.

Tanni Grey-Thompson picked up 16 Paralympic medals during her career (including 11 golds) and won the London Marathon six times.

Colonel Lincoln Jopp MC served in the army for 27 years, commanding in conflict zones around the world including Northern Ireland, Iraq, Afghanistan and Sierra Leone.

How Short is a Short Story?—Festival 2017