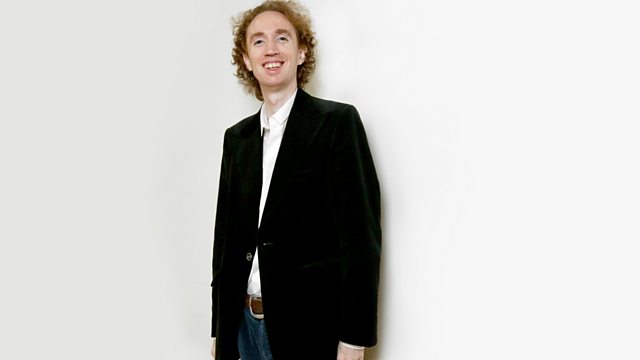 New Generation Thinker Edmund Richardson on the story of Alexander the Great's lost city, buried under Bagram air base in Afghanistan, a CIA detention site and wrecked Soviet tanks.

New Generation Thinker Edmund Richardson with the story of Alexander the Great's lost city, buried beneath Bagram airbase, a CIA detention site and wrecked Soviet tanks. For centuries, it was a meeting point of East and West. Then it vanished. In 1832, it was discovered by the unlikeliest person imaginable: a ragged British con-man called Charles Masson, on the run from a death sentence. Today, Alexander's lost civilization is lost again. And Masson? For his next trick, he accidentally started the most disastrous war of the nineteenth century.

Edmund Richardson's Essay tells the story of the liar and the lost city, of how the unlikeliest people can change history.

Recorded in front of an audience as part of Radio 3's Free Thinking Festival at Sage Gateshead.
New Generation Thinkers is a scheme run by BBC Radio 3 with the Arts and Humanities Research Council to find academics who can turn their research into radio.

In the Shadows of Biafra—Free Thinking 2017