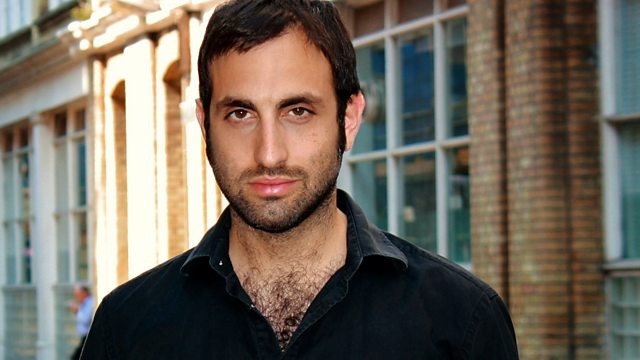 Tim Samuels meets the Israeli doctors tending to Syrians who have been smuggled over the border for life-saving treatment - into a country Syria is technically still at war with.

Tim Samuels spends twenty-four hours immersed in an extraordinary medical scene - Israeli doctors tending to Syrians who have been smuggled over the border for life-saving treatment into a country Syria is technically still at war with.

In the Ziv hospital in the northern Israeli town of Safed, Tim follows two doctors on their rounds as they treat Syrians - both civilians and fighters - who have been seriously wounded in their country's civil war. Unable to get proper medical attention at home, they are amongst several thousand Syrians who have headed to the border and into Israel for treatment. Tim meets a Syrian man shot during conflict; once his leg has been repaired he intends to head back to rejoin the fight.

On the children's ward, a mother who has brought her son for treatment describes how her trip to Israel must remain a secret - or she fears she could be killed when they return. On the Syrian border, Tim sees two badly wounded fighters smuggled into Israel by the IDF as they are rushed to Ziv for emergency attention.

In the hospital - staffed by Jewish, Muslim and Druze medics - the doctors talk about the psychological toll of treating the war wounded. A hospital social worker describes waking up repeatedly through the night at home to check that his young son wasn't injured. The doctors at Ziv say they hope their work is at least a sliver of humanity in a dark region.

Tim explores what motivations might underpin Israel's assistance to those coming from enemy territory - and how such an unusual situation, even by Middle Eastern standards, has come about.