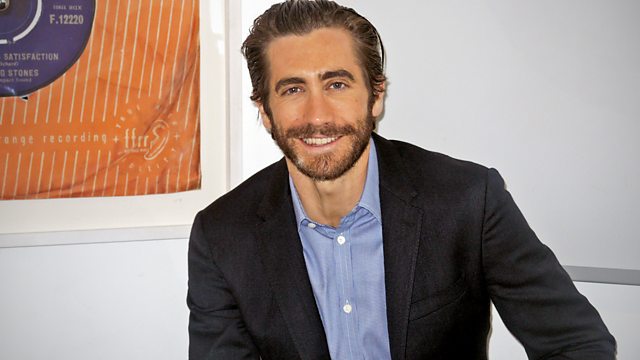 Actor Jake Gyllenhaal on his sci-fi movie Life and singing on Broadway, Pauline Black on One Love: The Bob Marley Musical, and the business of bringing a musical to the stage.

Jake Gyllenhaal on his latest movie Life, a sci-fi thriller about a team of scientists aboard the International Space Station who find a rapidly evolving life form from Mars. He discusses the practicalities of simulating zero gravity on film and also his current role in the musical Sunday in the Park with George on Broadway.

Choreographer Christopher Wheeldon talks about directing the Tony Award-winning musical An American in Paris, which has just opened in London.

This year thirteen new musicals will receive a Broadway premiere, but in the UK only two new musicals are slated for West End premieres, so is the UK is being left behind by America? Jamie Hendry, producer of the forthcoming West End musical, The Wind in The Willows, and Zoë Simpson, independent producer and board member of the Musical Theatre Network discuss the business of putting on a musical.

Pauline Black, lead singer of Midlands ska band The Selecter, reviews One Love: The Bob Marley Musical at The Birmingham Rep. Written and produced by director, actor and playwright Kwame Kwei-Armah, the show brings the reggae star's global hits to the stage for the first time and delves into the political turmoil of Marley's native Jamaica.

Life is on general release, certificate 15

An American in Paris is at the Dominion Theatre, London until 30 Sept

One Love is at the Birmingham Rep until 15 Apr

The Wind in the Willows