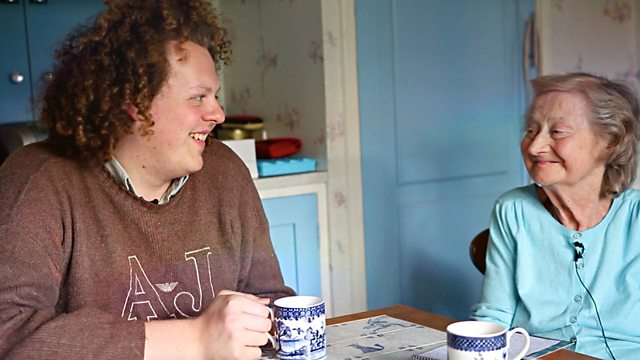 22-year-old comedian Jack Rooke is joined by his Nan and Mum for an adaptation of his multi award winning show Good Grief.

An adaptation of Jack's critically acclaimed debut Edinburgh show, Good Grief celebrates lost loved ones and finding happiness after tragedy.
At 15 years old Jack was an old man trapped in a child's body, he listened to Woman's hour, wrote poems and went to bingo with his Nan, whilst his Jack-the-lad dad encouraged him to go off road racing and live life. In the middle of his GCSEs Jack had to go from child to man overnight, when his dad unexpectedly died of cancer. Seven years on, Jack and his paternal grandmother take us on their funny poignant journey of good grief.