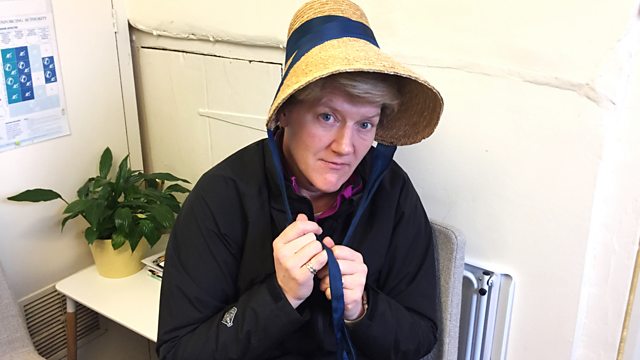 Clare Balding walks in the footsteps of Jane Austen as she takes the path from Chawton to Farringdon in East Hampshire. Her companions work in the Jane Austen's House Museum.

Clare Balding walks in the footsteps of Jane Austen as she takes a path regularly taken by Jane, from her home in Chawton, now a museum, to Farringdon, to visit her friends. Clare is joined by husband and wife, Martyn and Sue Dell. Both work as volunteers at the museum, fulfilling a long held ambition of Sue's. She fell in love with Austen as a teenager upon first reading Pride and Prejudice and has fancied herself as Elizabeth Bennet ever since. Sue promised herself she would work at the museum once she retired from teaching. Martyn is a trustee and steward and talks about the importance of the house to visitors from all over the world, especially this year which marks the 200 th anniversary of Austen's death. They are also joined by the Museum Administrator, Gill Stanton.

The walk can be found on OS Explorer 133 Haslemere and Petersfield. Starting at the house in Chawton and walking to Farringdon, across the fields as Jane would have done and then back along the old disused railway, which she would have not.