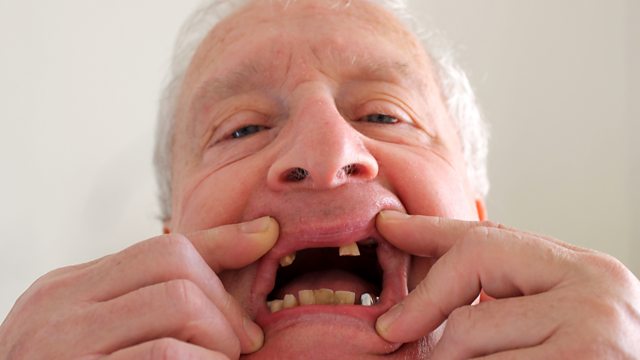 The Life of Dental Losses

Ukrainian-born writer Vitali Vitaliev is going to Budapest to have all his teeth removed. On the way, he makes a literary exploration of dentistry from Gogol to Pam Ayres.

Ukrainian born writer Vitali Vitaliev is going to Budapest to have all his teeth removed. On the way, he's making a literary exploration of dentistry in order to distract himself from his final encounter with the dreaded dentist.

From Gogol to Donna Tartt and John Mortimer, and from Trollope and Tolstoy to Pam Ayres, Vitali discovers that he's in good company in his preoccupation with his terrible teeth.

Vitali's teeth have always been a source of pain and shame from childhood onwards and have led to a lifelong string of dental catastrophes. But Vitali is a man of wry, Ukrainian humour and he has a tale to tell which is as hilarious as it is grisly.