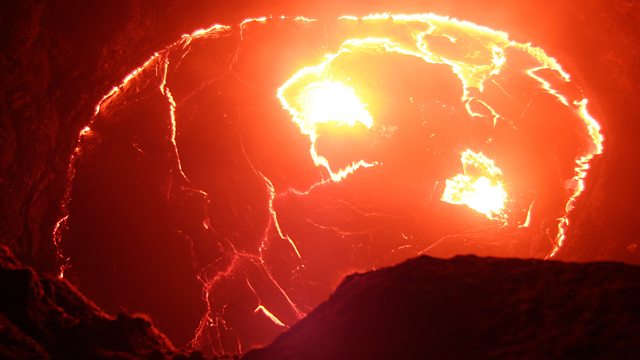 Melvyn Bragg and guests discuss the causes and effects of the highest global temperatures in the last 65m years, when Arctic sea surfaces reached up to 23 C for c100,000 years.

Melvyn Bragg and guests discuss the high temperatures that marked the end of the Paleocene and start of the Eocene periods, about 50m years ago. Over c1000 years, global temperatures rose more than 5 C on average and stayed that way for c100,000 years more, with the surface of seas in the Arctic being as warm as those in the subtropics. There were widespread extinctions, changes in ocean currents, and there was much less oxygen in the sea depths. The rise has been attributed to an increase of carbon dioxide and methane in the atmosphere, though it is not yet known conclusively what the source of those gases was. One theory is that a rise in carbon dioxide, perhaps from volcanoes, warmed up the globe enough for warm water to reach the bottom of the oceans and so release methane from frozen crystals in the sea bed. The higher the temperature rose and the longer the water was warm, the more methane was released. Scientists have been studying a range of sources from this long period, from ice samples to fossils, to try to understand more about possible causes.

Tracy Aze
Lecturer in Marine Micropaleontology at the University of Leeds

Tracy Aze at the University of Leeds

‘Rapid Acidification of the Ocean During the Paleocene-Eocene Thermal Maximum’ – Science, June 2005

Exploring the Earth Under the Sea - International Ocean Discovery Program

Mark Maslin, The Cradle of Humanity: How the Changing Landscape of Africa Made Us So Smart (Oxford University Press, 2017)