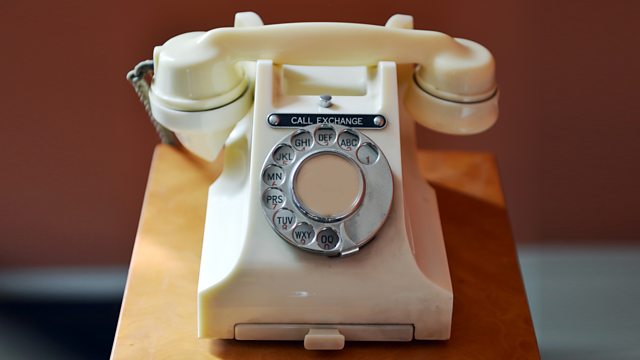 A Call from Joybubbles

The story of phone phreaking, the activity carried out by a subculture of teenagers who hacked into the US phone system in the 1960s and 70s, and the blind genius at its centre.

In the 1960s and 70s a whole subculture of teenagers - many of them blind - became fascinated by the United States phone system. They spent their time finding ingenious ways to hack into it and make the network do things that not even the phone company could have imagined. They were known as the phone phreaks.

This is the story of a love affair with the phone network and of the precocious teens who outwitted and explored it. It's also the story of the genius at the centre of that subculture.

Blind, with an IQ of 172 and perfect pitch, Josef Carl Engressia Jr. was born in 1949. He developed a fascination with phones at the age of four and by seven he'd discovered that he could make free phone calls simply by whistling the right tones. Joe had a difficult family life and as a child he sought refuge and reassurance in the hums, clicks and tones of the phone system.

As he grew up, the phone system became for him a universe to explore and he delighted in pushing it to its limits. He routed free calls right across the United States and back to his own phone - just because he could. His peculiar talents led to him being first prosecuted and, later, employed by the phone company.

And he wasn't the only person doing it. He gradually discovered that, scattered across America, there were other phone phreaks. Within this community - and beyond - Joe became a legend, the catalyst uniting disparate phreaks.

Phreaking was about exploring the phone network, playing with it and understanding it. It attracted brilliant oddballs and technological adventurers, people who would later play a key role in creating the personal computer - people like Steve Wozniak and Steve Jobs who founded Apple.

In 1982 Joe Engressia's life took a bizarre new twist. He moved to Minneapolis, changed his name to Joybubbles and declared that he would remain five years old forever. Now he used the phone to record his thoughts and tell his life story on a dial-in service called 'Stories and Stuff', an audio blog which he updated every week until his death in 2007.

With a soundtrack of telephonic tones from an analogue era A Call from Joybubbles explores the extraordinary subculture which for two decades outwitted Ma Bell and her phone network.