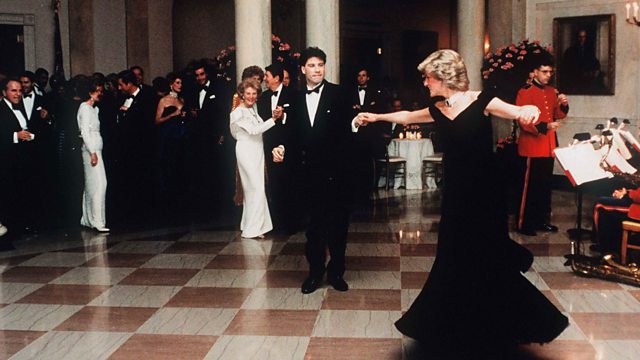 Clique writer Jess Brittain on friendships, Princess Di's Travolta dress, Rachael Aplin on honour-based abuse, parents who feel lonely and what to do about it.

New research into 100 cases of honour-based crime has revealed that mothers play a central role in honour based abuse, yet this is often unrecognised by police and other agencies. Rachael Aplin, a lecturer in Criminology at Leeds Beckett University carried out the research. She joins Jane to discuss the topic.

Clique is a new BBC3 psychological thriller that explores a friendship in crisis. Two best friends start university in Edinburgh and come up against an alluring group of women and their powerful older leader. Jane speaks to Clique writer Jess Brittain (who previously wrote for teen drama Skins) about the intensity of female friendships, flawed characters and being an outsider.

In the second in our series of features where we explore the life of Diana, Princess of Wales through her wardrobe, Georgina Hewes visits the exhibition 'Diana: Her Fashion Story' at Kensington Palace. She is joined by the curator Eleri Lynn, Fashion historian Amber Butchart and Anna Harvey, former confidante and stylist to the Princess. They discuss the second of five outfits, this one known as 'The Travolta Dress' by Victor Edelstein from 1985.

Parenting can be a lonely experience and sometimes people have no idea that you're feeling the way that you do. So, what can mums and dads do about it? Sarah Hesz founder of Mush, a Tinder-style app designed to help people make new friends, Shannon Cullen, author of 'I'm Wrecked This Is My Journal,' and listener and new mum Bonnie discuss how to turn loneliness around.