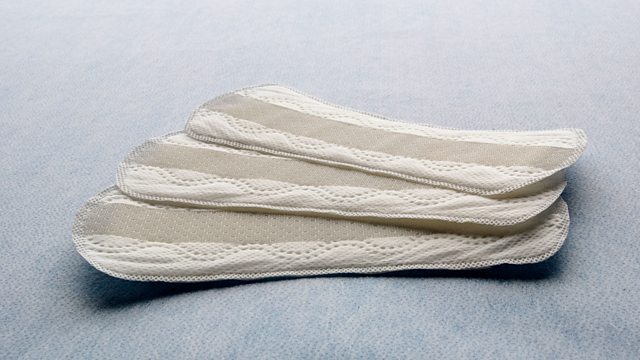 This edition covers UK girls too poor to buy sanitary products, how it feels to be cared for, Catherine Mayer on gender equality, 10,000 irises as art, and American women and guns.

Girls in the UK are missing school because they are too poor to buy sanitary protection. The Scottish politician Monica Lennon is calling for sanitary products to be given out free. Tina Leslie is a public health and charity worker who was contacted by a teacher in Leeds worried about her pupils - they talk to Jane about period poverty.

Catherine Mayer's new book is called 'Attack of the 50 Ft. Women: How Gender Equality Can Save the World'. She talks to Jane about her dream of gender equality and her hopes for the Women's Equality Party which she co-founded.

Our recent series on caring explored how people cared for family members. One listener, Anastasia, heard the stories and got in touch with her experience. She talks to Jane about what it's like to be looked after by her mother in her early 30s and how hard it is to ask for what she needs.

Rebecca Law is an artist who works internationally specialising in artworks made with natural materials, in particular flowers. Her latest installation is at the Now Gallery, in the Greenwich Peninsula in south east London. It consists of 10,000 fresh irises suspended with copper wire. Jane joins Rebecca in the gallery.

Yesterday we heard from Susan and Janet in Hendersonville, North Carolina. Susan set up a chapter of The Well-Armed Woman ('where the feminine and firearms meet'), a nationwide organisation to encourage, educate and support women who want to carry guns. Today they are at the local shooting range where they teach, learn and practise their hobby - guns.