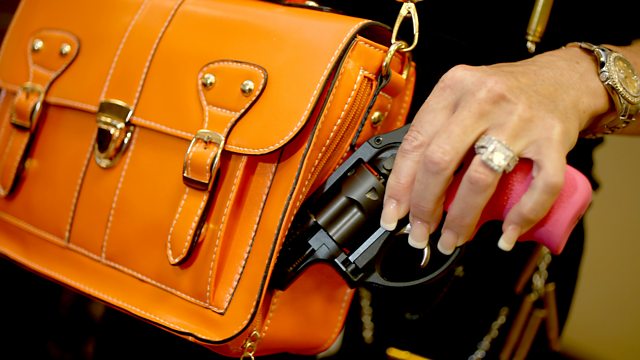 Alternative weddings in 2017; a window on women who carry guns in the USA; support for women returning to work; a woman and a man's journey from sexual violence to reconciliation.

Taxidermy, railway arches and donut walls - the reality of weddings in 2017. Wendy Holden, author of 'Laura Lake and the Hipster Weddings', and wedding planner Lisa Johnson, are here to discuss wedding regrets, new wedding trends and how groomzillas are now a planners worst nightmare.

Last week Theresa May unveiled a Budget boost for women who want to return to work after a long career break: a £5 million fund to support returnships - company programmes which help women restart their careers. So, what difficulties do women have in getting back to work after a career break? How can returnships help women and companies, and also close the gender gaps? Who is offering them, and how does one secure a place? Anna Johnstone, Director of Coaching for Women Returners, and by Israil Bryan, Diversity and Social Programme Manager at Skanska discuss.

Thordis Elva and Tom Stranger had a brief, and sweet, teenage romance. It ended when Tom raped Thordis at her home after a Christmas dance. Before either of them came to terms with his act of violence, he returned to Australia. Years later she decided to email him, telling him of the deep trauma he caused. In reply, he acknowledged his actions as rape, and they began a raw and painful, but ultimately healing dialogue. The two have written a book together, South of Forgiveness, about their experience. Jane speaks to Thoris Elva and Tom Stranger about their journey from sexual violence to reconciliation.

The first in a series of interviews giving us a window in on American women who choose to carry guns. A 2016 survey from Harvard and Northeastern Universities showed the percentage of Americans who own guns has decreased slightly but the number of women owning guns is increasing. First we meet Susan and Janet who live in Hendersonville, a small town of around 13,000 people in North Carolina. Susan, a gun instructor, runs the local chapter of 'The Well-Armed Woman'.

International Women's Day and Craftivism - where craft and activism collide

See all clips from US gun-carrying women (2)