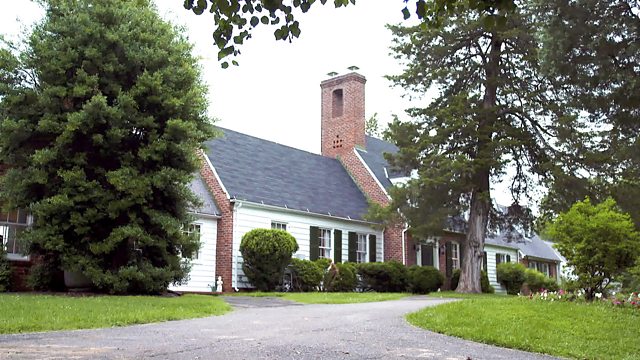 A Storyville documentary: After a German student confessed to killing his girlfriend's parents, it looked clear-cut. But all was not as it seemed by the time it came to trial.

Documentary about a compelling murder mystery, fuelled by a passionate young love affair. It all looked clear-cut when German student Jens Soering confessed to the brutal murder of his girlfriend's parents. But all was not as it seemed - by the time it came to trial, Jens was claiming he confessed to the murders to protect his beloved girlfriend, the beautiful Elizabeth Haysom - and that she had actually been the killer. Through access to the dramatic trials, love letters and new evidence, Killing for Love attempts to get to the truth of what happened on that fateful night.

The 20-year-old Elizabeth Haysom was widely admired at the University of Virginia for her wild past. Jens Soering, the son of a German diplomat, was a first-year Jefferson Scholar and had just turned 18 when he met her. He was instantly entranced and they embarked on an intense, obsessive relationship. Three months into their affair, on 30 March 1985, Elizabeth's parents were brutally murdered in their Virginia home and the couple fled. Crisscrossing Asia and Europe they were eventually arrested in London, where Jens confessed to the murder in what he later claimed was an act of love.

What is more important, story or character?
A good story with a non-compelling character wouldn't work. And vice versa. I think for a good film you need to have a good story and a good character.

What made you first want to explore the subject?
When we met Jens Soering the first time in prison in Virginia I understood that it is a story about an 18 year old who had his first love affair ever. I immediately thought what are you capable of doing when you are deeply in love the first time? And when I started reading the letters they were writing to each other I really wanted to explore the subject further.

How long did it take to get the film off the ground?
Not that long. After we made the interview with Jens in prison, we knew that this is a film that must be told and we started shooting right away.

What were you most surprised to learn in the course of production?
Finding and watching the whole trial footage was eye-opening. Because you could see how this trial was very much about forcing Elizabeth to deny publicly that she was sexually abused by her mother and all this knowing that the presiding judge was a friend of the family. I really got the feeling that it was all about brushing away the rumors that a woman of the high society of Bedford County had abused her daughter.

What have been the differences in reception to the film in countries it has now travelled to?
In Europe and almost the rest of the world the film´s reception is different from that in the US. Here in Germany, especially young people cannot understand that there is no way for Jens to re-open his case, even though there is new DNA evidence suggesting that there were two male perpetrators at the crime scene and none of these DNA samples belonged to Jens. So the question arises: How is it even possible that he still is in prison after 30 years? The audience feels sorry for Jens and as well for the justice system in the US. For an American audience it is a bit different. It is their country and they may have to suffer much more watching the film. That is why it was so important for us to let only American characters appear in the film who fight for Jens and a change of the juridical system in the US or who think that Jens rightfully belongs in prison.

Which documentary has most inspired you?
I still remember a film called "The Monastery" that won the audience award at IDFA eight years ago. I just loved this film. But there are a lot more just incredible good films out there… like for example "Workingman’s Death".

Favourite Website/blog?
I am a newspaper reader…but counter checking quickly when travelling at www.spiegel.de or www.Zeit.de.

Person you’d most like to interview (living or dead?)
Oriana Fallaci – to understand why did she become so anti-Islamic in her last years…

Best piece of filmmaking advice you’ve ever been given?
You have to love your protagonist – at least try to...

If money was no object, what is your dream documentary subject?
To portray people with visions and how they finally succeed against all odds.

Favourite film of all time?
Billy Elliot – I Will Dance.

What is more important, story or character?
I think in "The Promise" the story is as important as the character. Jens Soering would never be where he is if he was a different person. He always was a highly intelligent person but also a little bit arrogant, he thought that he could handle this situation all by himself in 1985, but he couldn't. And now his strong character in my point of view is the reason why he still is alive after more than 30 years in prison. But as important is the meta-level in this film, the US justice system. It seems to be a system that doesn´t question itself anymore. This is in my point of view as important as Jens Soering's personality.

What made you first want to explore the subject?
I visited Jens Soering the first time 2006 for the Sueddeutsche Zeitung. I am feature editor in this paper. The reactions of the readers were surprisingly powerful. It was the first time I experienced the strength of this story, a love that ends in a double murder. Since then I am writing about this case and trying to understand how Jens Soering survived all these years in prison, and where he gets the power from. What struck me from the beginning was the fact that the trial was so unfair. Why were so many questions never asked, why so many witnesses never questioned, why so many facts ignored? I wanted to get answers.

How long did it take to get the film off the ground?
I was working on this story for more than seven years when I asked Marcus Vetter if he would like to do this movie together with me. I already had many contacts so it was an easy start. I organized the interview with Jens Soering in prison and after that, many doors opened.

What were you most surprised to learn in the course of production?
I was surprised that some people never were interested in the facts in this case. Now it is scientifically proven that there was the blood of two other men at the crime scene. How does this fit the verdict? It was always said that Jens Soering did this crime all by himself. Why are so many people not interested in this? Maybe the real murderers are still free somewhere in the US or the world. And nobody is interested?

What have been the differences in reception to the film in countries it has now travelled to?
For me by far the most interesting screenings were the ones in the US. I wasn't sure how the US audience would react. Angry, because a German film team is questioning the US justice system? It was the opposite. When I was in Charlottesville, Virginia with the movie the reaction was totally surprising. It was by far the most committed audience. You could feel their anger...
Which documentary has most inspired you?
"Workingman’s Death" by Michael Glawogger and "In the Basement" by Ulrich Seidl.
My favorite at this year's IDFA: "Weiner" by Josh Kriegman and Elyse Steinberg.

Favourite Website/blog?
New York Times, New Yorker, BBC and Guardian are my main sources for information. And of course Süddeutsche Zeitung and Spiegel in Germany.

Person you’d most like to interview (living or dead?)
At this very moment Stephen Bannon - to understand the evil.

Best piece of filmmaking advice you’ve ever been given?
You have to search for the beauty in the horrible, said Ulrich Seidl in an interview.
I think that is a interesting approach.

Best piece of filmmaking equipment you can’t live without?
Our young and dedicated team.

If money was no object, what is your dream documentary subject?
If money and press freedom were no objects: the destruction of Tibet.

Most difficult access?
Elizabeth Haysom, she first accepted to be interviewed, than she cancelled our meeting unfortunately. I would have loved to show her side of the story as well.