BBC Two
Where You're Meant to Be
Main content 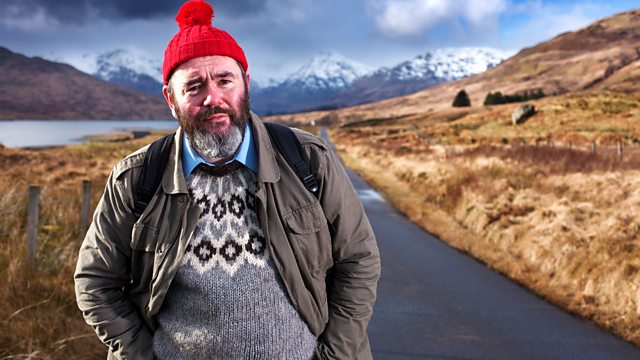 Where You're Meant to Be

Documentary in which Arab Strap frontman Aidan Moffat explores Scotland's past by rewriting and touring its oldest songs.

Scottish cult-pop raconteur Aidan Moffat, frontman of indie band Arab Strap - and best known for his no-holds-barred lyrics about sex, drugs and male anxiety - sets out to explore his country's past by rewriting and touring its oldest songs.

It's meant to be a tour that allows Moffat to explore the roots of his country. It's meant to be a trip that celebrates Scotland's communities and lore. But then he meets Sheila Stewart - a 79-year-old force of nature and travelling balladeer whose life, and unexpected death, upturns Moffat's musical assumptions. He believes these old songs are ripe for updating against a modern urban backdrop. She does not. With Sheila's criticism ringing in his ears, the bold Moffat embarks on a trip around Scotland's remote parts that proves to be as uncanny as the Scottish weather. He finds himself caught up in a feud between two monster hunters at Loch Ness, singing to a dismissive Hebridean farmer in his kitchen, and holding court with a mob of ancient warriors in a Highland graveyard.

When Moffat's tour comes full circle, back to his hometown of Glasgow, he ends up in the legendary Barrowland Ballroom: the best loved rock stage in the world, and the setting for an unlikely final showdown, in a funny film about music and death.

See all clips from Where You're Meant to Be (2)