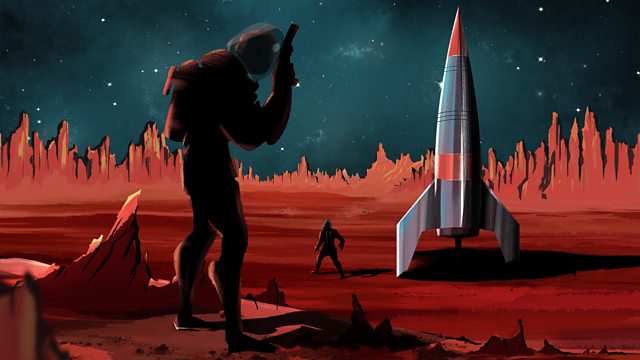 Is there life on Mars in deep cave systems? Do fossils await discovery under the freezing parched soil? Monica Grady explores the Red Planet's great mystery.

As part of Radio 4's Mars series, planetary scientist Monica Grady explores the search for life on the Red Planet.

As a small rocky planet, Mars is similar in many respects to the Earth and for that reason, many have thought it may harbour some kind of life. A hundred years ago, there was serious talk about the possibility of advanced civilisations there. Even in early 1970s, scientists mused that plant-like aliens might grow in the Martian soil. The best hope now is for something microbial. But the discovery that even simple life survives there or did some time in its history would be a profound one. We would know that life is not something special to Earth.

NASA's Curiosity rover has discovered that 3.7 billion years ago, there were conditions hospitable to life on Mars - a sustained period of time with lakes and rivers of water. The earlier rover Spirit found deposits of silica from ancient hot springs which some planetary scientists argue bear the hallmarks of being shaped by microbes - possibly.

The next five years may dramatically advance the hunt for life on Mars. In 2020 the European and Russian space agencies will send their ExoMars rover. That will drill two metres into the Red Planet's surface and sample material shielded from the sterilising radiation. It will analyse for life both extant and extinct. In the future, robotic or possibly human missions may even explore Martian cave systems in Mars' vast volcanoes. Monica talks to Nasa's Penny Boston whose adventures in some of the world's most dangerous caves have convinced her that underground is the best place to look.

Monica Grady is Professor of Planetary and Space Science at the Open University.

See all clips from Hunting the Martians (2)