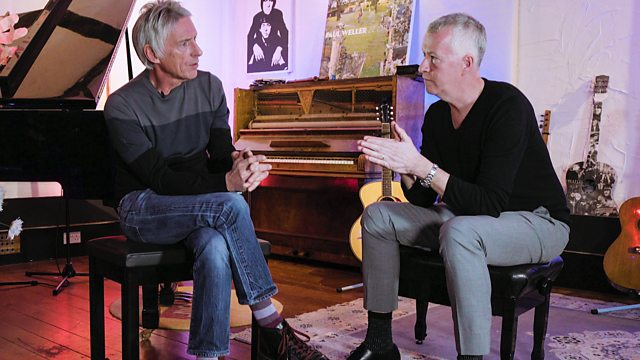 Paul Weller talks about writing his first film score. The forthcoming boxing film Jawbone features Weller's soundtrack which, as he explains, is a completely new departure for him. Speaking from his studio, he demonstrates how he composed the experimental score using his mixing desk as an instrument.

In Catfight, Anne Heche and Sandra Oh star as old enemies who become locked in a bitter and violent rivalry. Larushka Ivan-Zadeh reviews

My Feral Heart tells the story of Luke, an independent young man with Down's Syndrome, and how he comes to terms with the loss of his freedom after his mother dies and he is sent to live in a care home. One of the few films to cast an actor with a disability in a lead role, Steven Brandon, who plays Luke, and director Jane Gull talk about making a movie about disability which celebrates ability.

The film is released on 12 May

Catfight is in selected cinemas, certificate 15

Vivienne Acheampong
in City of Glass
Photo credit: Jonathan Keenan
City of Glass is on at Home Theatre, Manchester until 18 Mar
and at the Lyric, Hammersmith from 20 Apr - 20 May