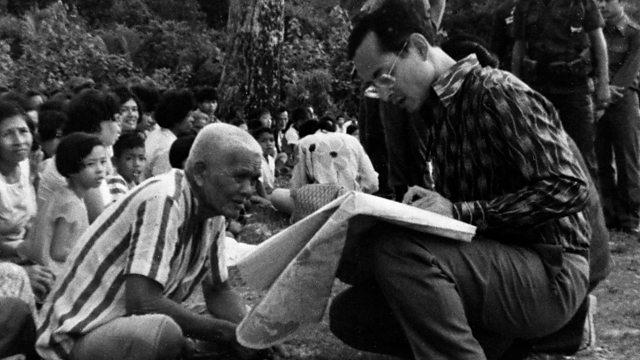 Ashley Palmer-Watts and Dr Polly Russell visit farmers switching from growing opium to veg in the newest iteration of a project pioneered by the late Thai King almost 50 years ago.

Historian Dr Polly Russell and chef Ashley Palmer-Watts visit farming communities in the Northern Chang Mai province of Thailand who have given up farming opium in favour of Western vegetables and salad crops for fine dining restaurants in Thailand's biggest cities. It's one of a series of hundreds of national development projects pioneered by the late Thai King Bhumibol Adulyadej and started in Northern Thailand in 1969. Over the course of his reign Thailand's beloved monarch experimented with rice fields, vegetable beds, fish ponds, and a rice-mill within the grounds of his royal residence, before scaling the work up across the country.

Polly and Ashley hear how these projects have become part of a food and farming system for Thailand. A food system that's unique in the world, but could provide a model for current opium growing regions. They hear how by growing Western vegetables, flowers and fruits and farming fish, a new supply chain for some of Thailand's finest restaurants is being developed which doesn't rely on expensive imports. Polly visits 'Gaggan' in Bangkok, recently voted best restaurant in Asia, by '50 Best Restaurant Awards' for the second year running, to discover how some of the best chefs in the world are working with the Royal Project.