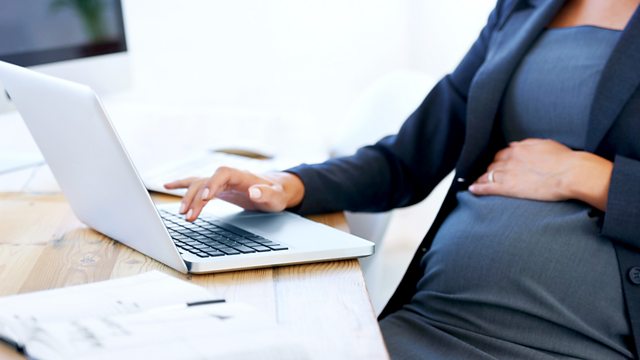 On feeling like a carer not a mother, Treating fibroids, Anxiety about maternity cover, Antigone

Feeling like a carer instead of a mother and doing it 24/7. Are women getting the right advice about fibroids? Anxiety about going on maternity leave. Mary Beard on Antigone.

When Helen's daughter was a year old she was diagnosed with microcephaly and everything changed. Helen explains to Jane how it felt to go from being a mother to a carer and what eventually drove her to make the decision that she could no longer care for her disabled daughter herself.

Uterine fibroids are extremely common with around 50 per cent of women developing them at some point in their life. They most often occur in women aged 30-50. Many women experience no symptoms but for those who do, symptoms such as very heavy bleeding can be extremely debilitating. Hysterectomy is one of several treatments available, but with increasing numbers of women delaying their pregnancies, this is no longer an option for women wishing to have children. So what is the best option for fertile women or women wishing to retain their uterus and ovaries? And why has a recent study raised fears that women are not receiving the best advice available?

The Replacement, a three-part psychological thriller about a woman who fears her maternity leave cover is out to steal her life, starts tonight. But how common is anxiety over maternity leave and what's the best way to deal with it? Jane talks to journalist Kate Silverton, mother of 2, about her experiences, while Dr Jessamy Hibberd, clinical psychologist offers tips and advice.

Professor Mary Beard discusses Antigone in a series about the way in which the key female characters from Greek mythology continue to influence the discussion about women and power.

Smear fear, Clytemnestra, Losing your sex life when you're a carer

See all clips from On feeling like a carer not a mother, Treating fibroids, Anxiety about maternity cover, Antigone (2)

Support and information for carers