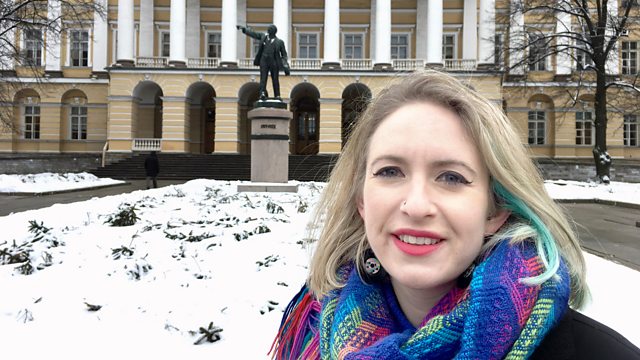 Emily Dicks visits St Petersburg to trace her grandfather's teenage memories of the excitement and fear of the 1917 revolutions - as preserved on a never-previously-revealed tape.

Emily Dicks visits St Petersburg to trace her grandfather's teenage memories of the excitement and fear of the 1917 Revolutions - as preserved on a never-previously-revealed tape.

This extraordinary recording - kept in family archives - describes the lives of ordinary people caught up in the political turmoil between the two Russian Revolutions of 1917.

Henry Dicks was the son of an Estonian-based Englishman, sent to school in Petrograd during the First World War. He recorded his memories in an interview with his son in 1967. The tape covers the period immediately after Rasputin's death and the fall of the Tsar, all the way through to the Bolshevik attack on the Provisional Government's Winter Palace in October 1917, which Henry saw first-hand.

Henry remembers the joy after the Tsar's fall when "the whole population seemed to be in the streets", servants became "much cheekier" and his schoolmasters shed their uniforms.

But then the Bolsheviks strengthened their power and Henry describes the unnerving feeling in metropolitan Petrograd that they were "getting away with it".

One October morning when, as he remembers, "the air was thick with foreboding", Henry watched the attack of the Winter Palace. Once the Bolsheviks had seized power, Henry describes "a kind of terror beginning" and he eventually fled via Finland, where he was marooned in a hotel amid a civil war...

A Brief History of Lust

The Shape of Things That Came