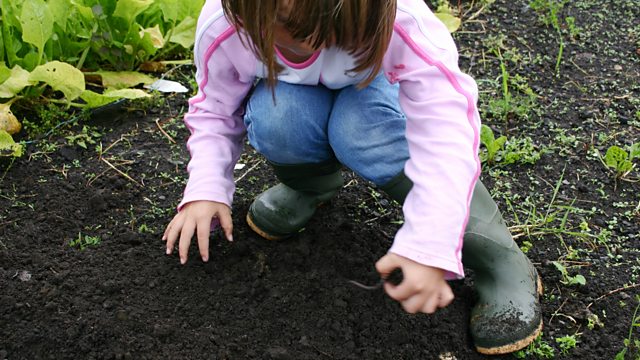 Matthew Sweet talks to poet and writer Elizabeth-Jane Burnett, environmental scientist, Jules Pretty and geologist, Andrew Scott, and historians Matthew Kelly and Philip Coupland about Soil and Culture and Survival Stories
For some Soil is where they come from, for others it is an object of aesthetic beauty, for most of us it is the means by which we get what we need to live.
Poet and writer Elizabeth-Jane Burnett's forthcoming A Dictionary of Soil explores the lives lived within and through the soil of three fields which constitute the origins of her family's ancestral village.
Agroecology expert, Jules Pretty says Soil We Can Rebuild It and in an environmentally friendly way and it will continue to feed us.
Geologist Andrew Scott examines soils from deep time to discover what they can tell us about how the planet and life on Earth evolved.
Historian Matthew Kelly is interested in the cultural history of landscape and focuses on environmental policy in Britain after World War II and Philip Coupland is the biographer of Jorian Jenks, a man who might have been regarded as the father of the British Green Movement if he hadn't joined Oswald Mosley's British Union of Fascists.
They join Matthew Sweet to think through our developing relationship with the life-giving dirt beneath our feet and discuss whether a happy ending just might be possible.