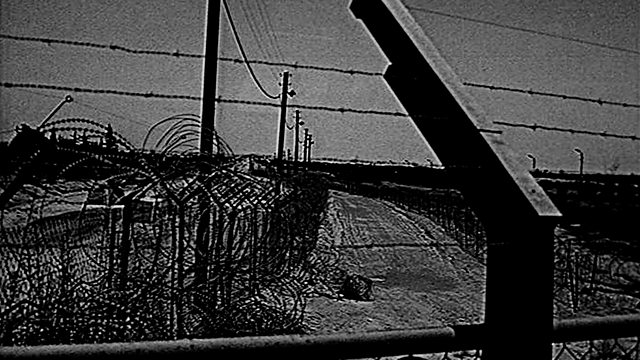 When the time comes to leave the border and return home, author Kapka Kassabova needs help to understand her feelings about this place and to make peace with the past.

When Kapka Kassabova was a child, the borderzone between Bulgaria, Turkey and Greece was rumoured to be an easier crossing point into the West than the Berlin Wall, so it swarmed with soldiers, spies and fugitives.

On holidays close to the border on the Black Sea coast, she remembers playing on the beach, only miles from where an electrified fence bristled, its barbs pointing inwards toward the enemy - the holiday-makers, the potential escapees.

Today, this densely forested landscape is no longer heavily militarised, but it is scarred by its past.

Kapka Kassabova sets out on a journey through a hidden corner of the continent and meets the people of this triple border - Bulgarians, Turks, Greeks, indigenous Balkan Muslims and the latest wave of refugees fleeing conflict further afield. She discovers a region that has been shaped by the successive forces of history - by its own past migration crises, by communism, by Nazi occupation, by the Ottoman Empire and - older still - by the ancient legacy of myths and legends. But there seem to be non-human forces at work here too. It is a land rich with curative springs and Thracian tombs; home to psychic healers and Europe's last fire-worshippers.

As Kapka Kassabova explores this enigmatic region in the company of border guards and treasure hunters, entrepreneurs and botanists, refugees and smugglers, she traces the physical and psychological borders that criss-cross its villages and mountains, and goes in search of the stories that will unlock its secrets.

Abridged and produced by Jill Waters
A Waters Company production for BBC Radio 4.

Episode 4—Border - Tales from the Edge of Europe