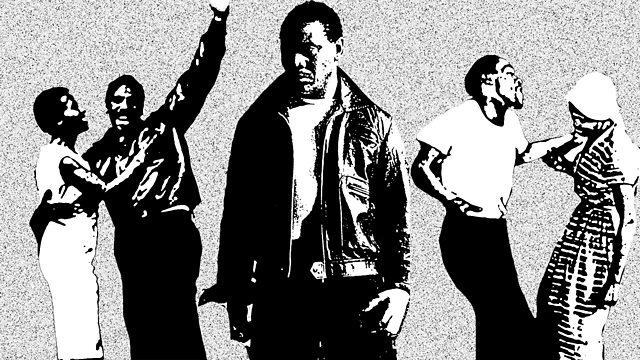 Saxophonist Soweto Kinch uncovers the extraordinary story of King Kong, the township jazz musical, which began with tragedy in 1956 and ended in triumph in 1959.

The award-winning alto saxophonist Soweto Kinch uncovers the story of 'King Kong', an extraordinary musical collaboration that took place in apartheid-torn South Africa inspired by the life and tragic death of the heavyweight-boxing champion Ezekiel Dlamini. The show defied the colour bar and lead the way as part of a cultural renaissance; it became Nelson Mandela's favourite musical and proved, beyond doubt, that co-operation and respect make indomitable bedfellows. Its creators consciously intended it to be a model of fruitful co-operation between black and white South Africans in the international entertainment field, and a direct challenge to apartheid.

Lewis Nkosi wrote, 'The resounding welcome accorded to the musical at Wits University Great Hall, in Johannesburg, on Feb 2nd 1959, was not so much for the jazz musical as a finished artistic product as it was applause for an Idea which had been achieved by pooling together resources from both black and white artists in the face of impossible odds.'

Starring Miriam Makeba, 'King Kong' toured South Africa for two years playing to over a quarter of a million people, two thirds of whom were white. It then arrived in London's West End in 1961.

Singer Abigail Kubeka talks about the infamous township of Sophiatown and her memories of Ezekiel, whilst Hugh Masekela recalls the show and its composer Todd Matshikisa. We meet Irene Menel, anti-apartheid activist and philanthropist who, with her husband Clive, put the show together against all the odds. Lyricist Pat Williams talks about the difficulties of writing under the shadow of apartheid. A revival of 'King Kong' is scheduled for 2017; Eric Abraham, its producer, comments on its timelessness and relevance in today's South Africa.