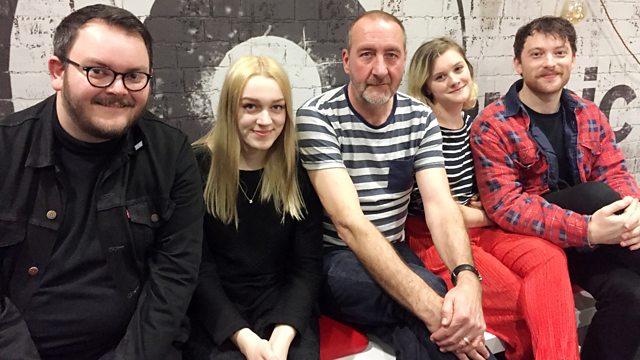 Marc Riley has a live session from Leeds band Bruising.

Bruising join us for a live session tonight.

Formed in Leeds in 2014 by songwriters Naomi Baguley and Ben Lewis, after eventually adding bassist James Thurley and drummer Stephanie Anderson to the set up they began playing shows in early 2015.

Bruising released their debut single in November 2015, a double A side of Emo Friends and Honey, recorded with MJ of Hookworms, (Riley favourites).

The band have toured with Menace Beach and have released a Valentine's Day single What It Feels Like which Marc's been played lots of.