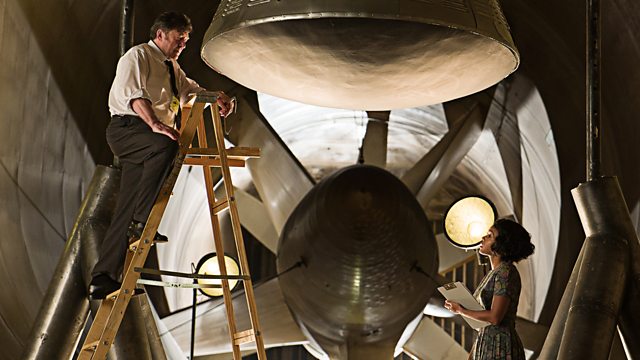 Matthew Sweet with film music inspired by the moon in the week of the release of "Hidden Figures", with music by Hans Zimmer, Pharrell Williams and Benjamin Wallfisch.

The Moon features in a variety of ways in the history of film, from werewolves and romance to the stuff of hard science. It today's programme we hear music from "Road To Morocco"; "An American Werewolf in London"; "The Wolf Man"; "By The Light Of The Silvery Moon"; "The Princess Kaguya"; "Apollo 13"; "A Grand Day Out"; "The First Men In The Moon"; "Woman On The Moon"; "Iron Sky"; "2001 - A Space Odyssey"; "Moon"; "Destination Moon" and "Hidden Figures".