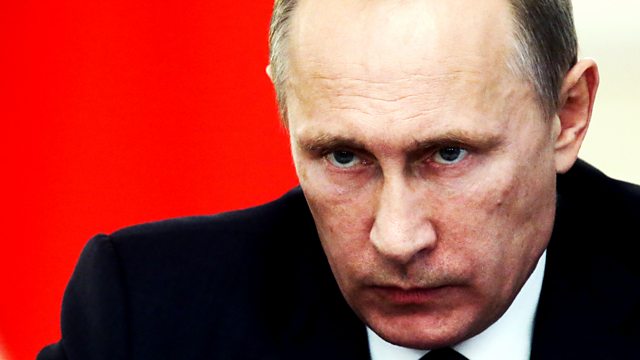 The Pull of Putin

Why do populist politicians across the West want warmer relations with Russia? Are they just Kremlin agents? Or are they tapping into a growing desire to find common cause with Moscow - and end East-West tension? Tim Whewell travels from Russia to America and across Europe to unravel the many different strands of pro-Moscow thinking, and offer a provocative analysis which challenges conventional thinking about the relationship between Russia and the West.

Donald Trump is just one of a new breed of Western politicians who want warmer relations with Vladimir Putin. Most Western experts say that's dangerous: an aggressive Russia is plotting to divide and weaken the West. But Trump and others seem to have tapped into a popular desire to reduce tension and discover what Moscow and the West have in common. Could Moscow now lead a "Conservative International", promoting traditional social values and national sovereignty around the world? On the right, some see Russia as a spiritual beacon. Others, both on the right and left, simply think the threat from the East is much exaggerated - and are warming to Russia as a protest against the Western establishment. Maybe it's time for a new way of understanding relations between the old superpowers.