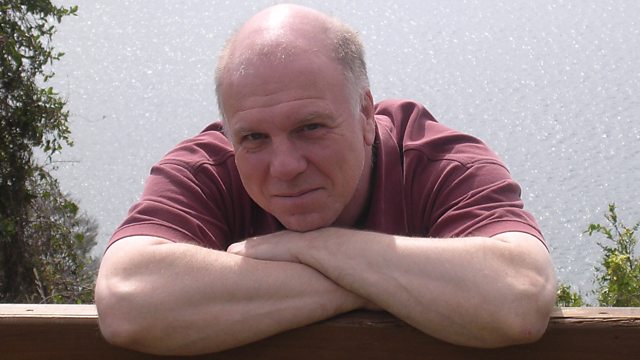 Crime-writer Peter Robinson tops the best-seller lists year after year, across the world; in fact his detective, DI Banks, is probably even better known than he is. DI Banks is a straight-talking Yorkshire-man with dodgy dress sense and a frustrated love life, and he's been solving murders in Yorkshire for some twenty years now. There are now twenty-three Banks novels, and several series on television with Stephen Tompkinson in the title role. So DI Banks is hugely popular, and central to his character is that he constantly listens to music - in the car, at home, in pubs. There's a memorable line where Robinson says of his detective - "He did his best thinking when he was listening to music and drinking wine." This, Robinson reveals, is autobiographical.

In Private Passions, Peter Robinson talks to Michael Berkeley about how music inspires his best thinking and writing, and why he's on a mission to get all his readers listening to the music he loves. He even creates online playlists of the music his detective listens to - including some of the music he chooses in Private Passions. Choices include Poulenc's Sextet for Piano and Wind, Beethoven's String Quartet in C sharp minor, Takemitsu, Miles Davis, and one of Schubert's last piano sonatas. Perhaps it's no surprise that he's drawn to last works - as a crime writer, his books begin with murder. Robinson confesses though that he regrets the increasing violence of the genre, and thinks the TV adaptations of his work go too far. And he reveals why Yorkshire is always the best place to hide a body.