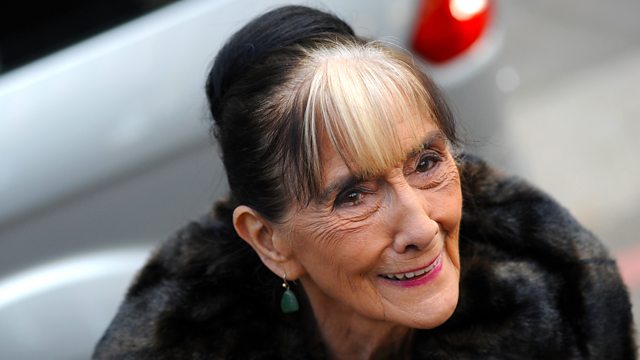 June Brown is best known today for her role as the long-suffering chain-smoking Dot Cotton (now Dot Branning) in the BBC TV soap EastEnders. She arrived on a three month contract in 1985 and is still in the show. She was nominated for a BAFTA in 2008.

She celebrates her 90th birthday in February 2017 and has no intention of retiring as acting "keeps her alive".

June was born in Suffolk and brought up in a music-loving family. Towards the end of World War Two, she joined up, choosing the WRNS where she worked as a cinema operator showing training films and newsreels to the sailors.

She did some acting during that time and after a brief and unsuccessful job in an office, she was one of very few chosen to receive a classical training at the Old Vic Theatre School. From there she joined the Old Vic Theatre Company where she worked with such greats as Edith Evans, Laurence Oliver and Albert Finney. Her roles included Lady Macbeth and Ibsen's Hedda Gabler.

She had five children in relatively quick succession and continued acting on TV and the London stage, often putting her youngest in a pram and going in the guard's van on the train to the theatre.

Throughout her time on EastEnders she has occasionally ventured away to direct or take part in other television series. In 2009 she stripped down to nothing as Jessie in the stage production Calendar Girls. She was 82.

She was awarded an MBE for services to drama and charity in 2008.

See all clips from June Brown (2)