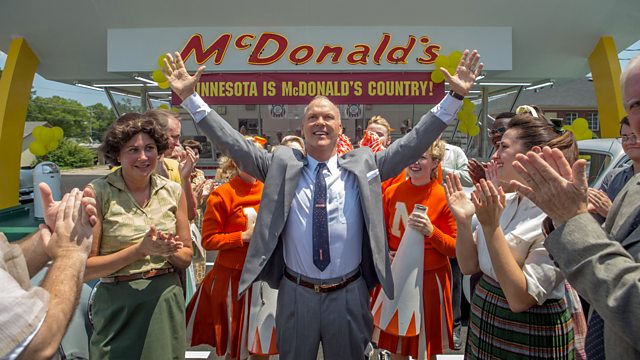 Academy Award winning screenwriter and director Neil Jordan talks about his latest novel Carnivalesque. During a trip to a carnival, schoolboy Andy gets trapped inside the glass in the hall of mirrors and his reflection takes his place in his family.

A new theatre production created and performed by current and former sex workers aims to challenge stereotype and stigma. Writer Molly Taylor and member of the cast Jane discuss bringing together a group of male, female and transgender performers to share their stories on stage.

He's the artist who put a giant water slide in the centre of Bristol, and pianos at stations inviting passing musicians to play; now Luke Jerram has cast five small artefacts from the North Lincolnshire Museum in 18 carat gold and hidden them across Scunthorpe for the public to find. As Treasured City, his artistic treasure hunt, begins, he explains why art is better when the public is involved, and why it doesn't need to be confined to galleries.

In Michael Keaton's new film The Founder he plays Ray Kroc, a salesman from Illinois who turned one small takeaway burger bar in California called McDonalds into the globally-franchised billion-dollar empire it is today. The film's writer Robert Siegel - who also wrote The Wrestler starring Mickey Rourke - discusses his fascination for the story and what it says about America in the 1950s.

His book, Carnivalesque, is published on 23 Feb

See Me Now is at the Young Vic until 4 Mar

Michael Keaton in The Founder

The Founder is in cinemas nationwide from 17 Feb, certificate 12A