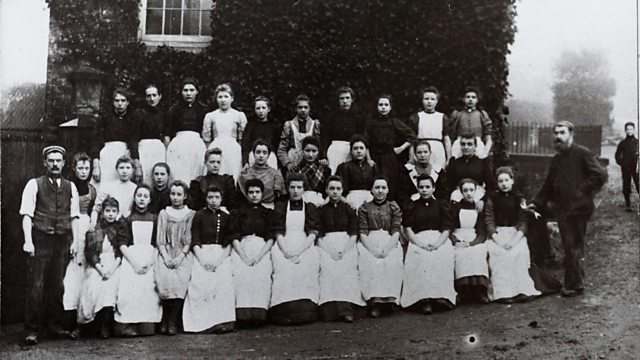 The lives of women working at Quarry Bank cotton mill. The inquiry into Scotland's gender pay gap. Parental alienation. Why are some people in denial about deafness?

An exhibition currently running at the historic Quarry Bank cotton mill, run by the National Trust, on the outskirts of Manchester explores the work done by women there over the years. It's called 'A Woman's Work Is Never Done' and it tells the stories of women at every level in society whose working lives were bound up with the mill.

Divorced parents who pit children against former partners are 'guilty of abuse', according to Anthony Douglas, the Chief Executive of the Children and Family Court Advisory and Support Service (Cafcass) - the agency that looks after young people's interests in family courts. Known as "parental alienation", it has become so common in family breakdowns that he says it should be dealt with like any other form of neglect or child abuse. To discuss, Jane is joined by Sarah Parsons, Principal Social Worker at Cafcass, and by Joanna Abrahams, a solicitor, who specialises in cases of parental alienation.

Research from the charity Action on Hearing Loss has suggested that as few as 1 in 30 people who would benefit from using hearing aids actually wear them; why is there a social stigma around loss of hearing? Jane talks to Senior Audiologist Gemma Twichens and hearing aid-wearer Kathleen Hill about the reasons we put off getting hearing aids for so long.