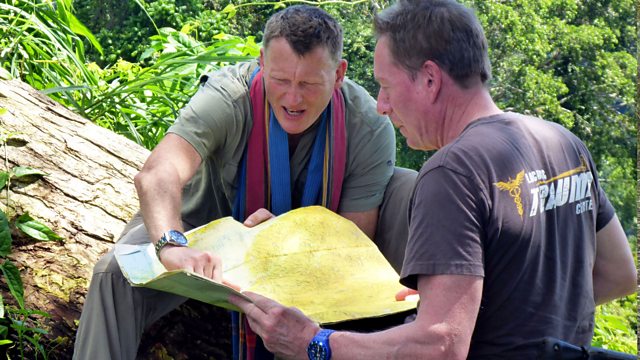 Birds of Paradise: The Ultimate Quest Series 1
Episode 1 of 2

With Frank Gardner and Benedict Allen.

BBC security correspondent Frank Gardner has dreamed of seeing birds of paradise since he was a young child. But that dream died in 2004 when he was shot by terrorists. A chance meeting with explorer Benedict Allen changed everything. Thirty years ago, Benedict lived in Papua New Guinea with the Niowra, a remote people. They thought he would live amongst them forever, but he abandoned them. Intent on returning, Benedict pledges to take Frank with him.

Together they set out on an incredible journey, through some of the most inhospitable terrain on the planet, to make it up into the cloud forest where the birds live. Benedict is determined to get Frank there despite the wheelchair. But as they approach Benedict's old village, brutal secrets from the past come back to haunt him. And Frank hears that in nearby hills he might get an early sighting of a bird of paradise.

See all episodes from Birds of Paradise: The Ultimate Quest 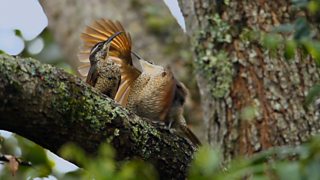 Discover why these birds are one of nature's most stunning spectacles.