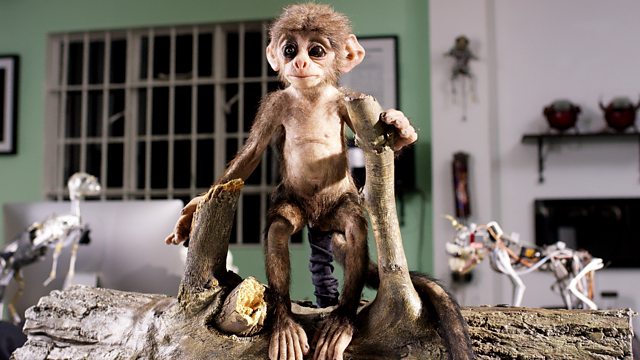 A behind-the-scenes view of the story behind deploying the Spy Creatures, showing how the concept evolved and became the inspiration for the animatronic animals of the series.

A behind-the-scenes view of the extraordinary story behind deploying the Spy Creatures, showing how the concept evolved and became the inspiration for the animatronic animals of the series. Discover the painstaking work behind building the lifelike models, from first concept until they become alive for the first time.

In Borneo, Spy Orang travels by speedboat to meet wild orangutans and joins them in their soap washing and sawing behaviour. In Uganda, Spy Crocodile and Spy Hatchlings go on their first mission along the banks of the treacherous River Nile, dodging hippos and elephants along the way, before the Spy Hatchlings meet some overly maternal crocodiles. In Africa, Spy Egret goes on safari and encounters an elephant herd for the first nerve-wracking time and Spy Tortoise is crushed by a five-ton elephant but still valiantly keeps filming.

Spy Hippo gets stuck in the middle of a hippo- and crocodile-infested river and has to be rescued by a crew member nervously wading among them. In Australia, Jewelcams, used to test the thieving behaviour of bowerbirds, are then discovered by local children who are filmed trying to take them home. Spy Bushbaby meets the chimpanzee scientist and is deployed among the chimps for the first time. Spy Cub and the team venture to the high arctic to film real wolves but have their clothes stolen from camp by the mischievous wolves who are becoming a little over familiar. Ultimately, Spy Cub meets his demise in the jaws of a lone wolf.

See all clips from Meet the Spies (3)