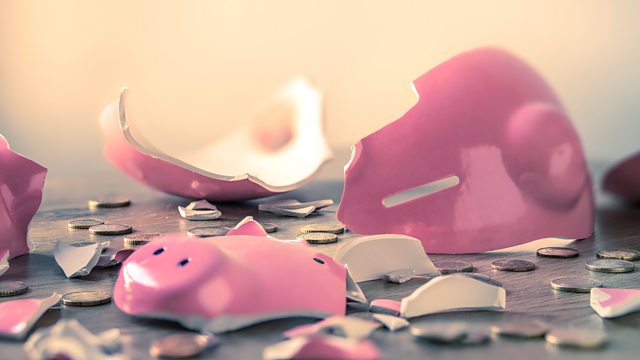 The Transition by Luke Kennard
Episode 1 of 10

4 Extra Debut. Struggling Karl accepts a clickbait job that seems too good to be true. Soon his life is changed forever. Read by Bryan Dick.

Luke Kennard’s intriguing and wry debut novel about capitalism, the housing crisis and a generation in debt.

Set a few years from now, in an unnamed city, the award-winning poet imagines what life might be like for young people from the squeezed middle-class if our society continues along its current economic path.

30-something couple Karl and Genevieve (he writes copy for online content providers, she is a primary teacher) live in a room in a shared house; their combined income is less than their rent and they're falling ever deeper into debt.

To help pay off his 17 credit cards, Karl accepts a job generating 'clickbait' from a stranger online that seems to good to be true. It is. Very soon the messy strands of his and Genevieve's lives are beginning to unravel.

See all episodes from The Transition by Luke Kennard