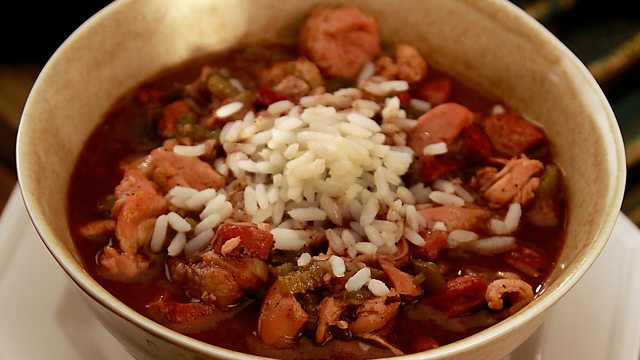 What can one single dish can tell you about America's history? One particular bowl of soup gives us an insight about the future of cultures that convene around it. Gumbo is eaten by nearly everyone in New Orleans, but its past speaks of the deep inequalities in American history that still resonate to this day. The BBC's Dan Saladino looks into the origins of this dish and discovers influences from Native Americans, slaves from West Africa, settlers from Nova Scotia, and European immigrants from Spain, France and Italy. Dan tries to track down the perfect recipe for one of Louisiana's most famous dishes, and discover how the politics of which food belongs to whom, is still at play, hundreds of years later.