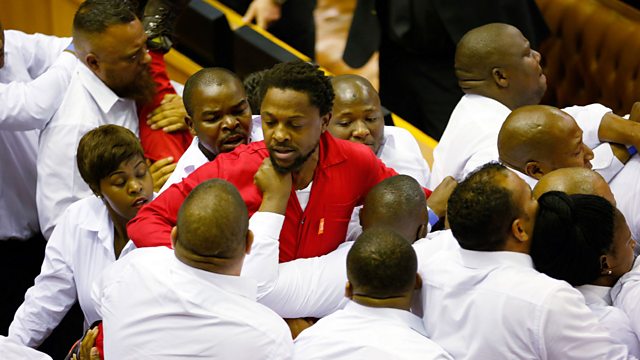 Sorry Seems To Be The Hardest Word

Andrew Harding is in South Africa, Nick Thorpe is in Romania, Lyse Doucet is in Saudi Arabia, John Sweeney is in the Netherlands and Phoebe Smith is in Alaska.

Kate Adie introduces correspondents' stories. Today: Andrew Harding, in South Africa, says the word "sorry" hasn't had much air time in recent years, despite numerous incidents of corruption and poor governance. Nick Thorpe, with the protests in Romania, remembers earlier - and recent - revolutions in Europe. Lyse Doucet is in Saudi Arabia, where the collapse in the oil price is bringing about some changes - could that include introducing more fun? John Sweeney meets Geert Wilders, the leader of the far-right Freedom Party in the Netherlands and feels distinctly uncomfortable. And Phoebe Smith spots something in the trees in Alaska that traces its roots to more difficult times.

From the Vatican to Vienna