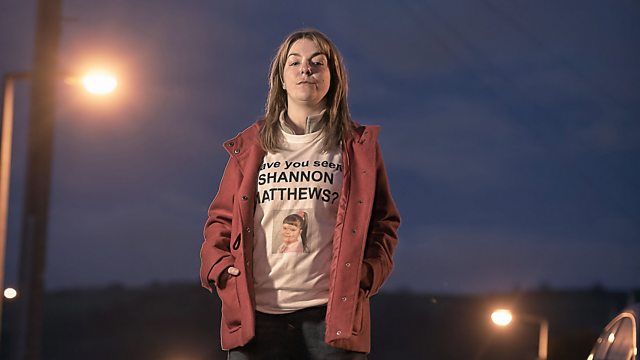 The Moorside, which airs on BBC1 at 9pm tonight, is a drama about events surrounding the disappearance of nine year old Shannon Matthews in 2008. Starring Sheridan Smith as Julie Bushby, the woman who orchestrated the hunt for Shannon and Gemma Whelan as Shannon's mother Karen, who was eventually found guilty of the kidnap and false imprisonment of her daughter, the programme has been criticised by some as inappropriate subject matter for a TV show. Executive producer Jeff Pope defends the making of The Moorside and discusses the ethics and challenges of turning real-life events into drama.

In 20th Century Women, Annette Bening stars as a freethinking Santa Barbara mother who enlists the help of two young women in raising her adolescent son during a period of cultural and social turmoil. Film critic Jenny McCartney reviews.

To mark the centenary of the Russian Revolution, Front Row has asked figures from the arts world to champion their favourite work, inspired by events in 1917. Today, film director Peter Greenaway makes the case for Sergei Eisenstein's Battleship Potemkin.

As a new contemporary staging of George Bernard Shaw's Pygmalion opens at the West Yorkshire Playhouse, Samira met the team behind the production - director Sam Pritchard, sound designer Max Ringham, lead actors Alex Beckett and Natalie Gavin- to discover why they think Shaw's ideas about language and accent as a repository of class and power remain just as relevant in 2017 as they were when the play premiered just over a century ago.

The Moorside, the 2-part drama about the kidnapping of Shannon Matthews starts on 07 February 2017 at 9.00pm on BBC One, and on the BBC iPlayer.

Main image above: Sheridan Smith as Julia Bushby in The Moorside.

Image to the left: Julia Bushby (Sheridan Smith) is surrounded by the media in The Moorside.

The Russian Revolution at 100

Pygmalion directed by Sam Pritchard is at The West Yorkshire Playhouse  from 07 - 25 February 2017.