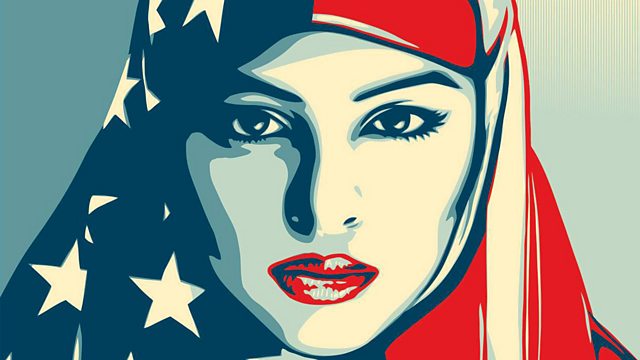 Munira Ahmed, Naomie Harris, Vanessa Bell and 'the Lady in the Lodge'

A photo of Munira Ahmed, a Muslim American woman, has been restyled into a poster similar to the famous one of Barack Obama when he was elected. Munira talks to Jane.

Naomie Harris has been Oscar nominated for best supporting actress for the film Moonlight. The film has eight nominations. Set in a poor part of Miami it chronicles the life of a young black man Chiron in three chapters - from his childhood, teenage years to adulthood as he navigates his sexuality. Naomie plays his crack addict mother.

Legislation requires victims of domestic abuse to provide evidence of their abuse before they can access legal aid. A GP's letter falls into this category and some have been reported as charging up to £175 for these letters. Mandip Ghai from Rights of Women explains the effect charging victims is having.

Munira Ahmed, the Muslim American woman has become a face of defiance. Her photo was re-styled into a poster, similar to the famous one of Barack Obama when he was elected. Jane talks to her about what it feels like to be a global image of protest.

Septuagenarian Val, the 'lady in the lodge', disillusioned by increasing rent, has moved into a log cabin built in her son's suburban back garden. She tells Jane what it's like to live in a place that takes 'cosy' to the extreme.

Vanessa Bell was Virginia Woolf's oldest sister, a member of the Bloomsbury group and one of the most radical painters of her day. A major retrospective of her work is being shown at the Dulwich Picture Gallery. Jane talks to Virginia Nicholson, Bell's granddaughter and her biographer, Frances Spalding.

See all clips from Munira Ahmed, Naomie Harris, Vanessa Bell and 'the Lady in the Lodge' (2)