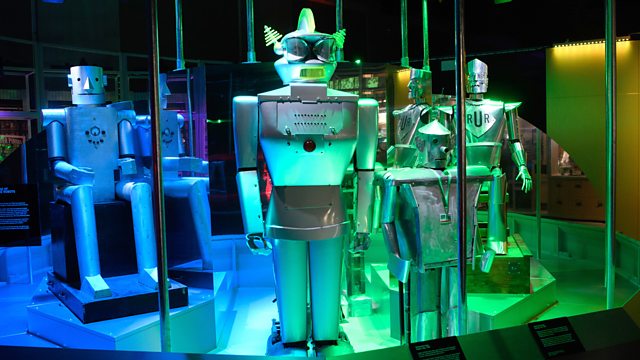 Matthew Sweet and guests discuss the legal and ethical implications of our increasing reliance on robotics and automation. Plus an Icelandic take on Dracula.

Matthew Sweet meets Eric the UK's first robot, built in 1928 now at the Science Museum as part of a big display exploring robotics. He's joined by Kathleen Richardson who is Senior Research Fellow in the Ethics of Robotics at De Monfort University, Murray Shanahan - Professor of Cognitive Robotics from Imperial College - and Ryan Abbott from the University of Surrey School of Law to discuss the legal and ethical implications of our increasing reliance on robotics and automation. And Kevin Jackson looks at the first English translation of Makt Myrkranna or Powers of Darkness - Valdimar Asmundsson's 1901 Icelandic reworking of Bram Stoker's vampire classic Dracula.
The Science Museum's Robots exhibition runs from 8 February - 3 September 2017.