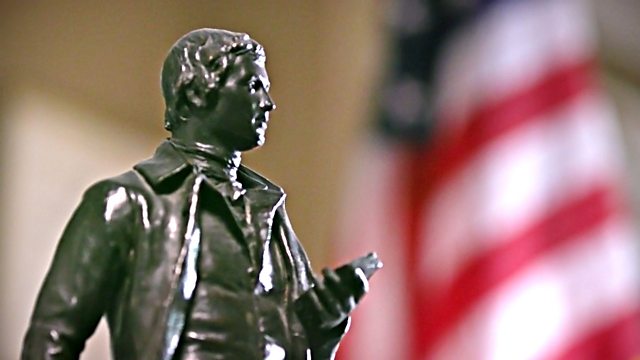 Burns in the USA

Documentary examining the impact and influence of poet Robert Burns on the USA and its culture, from Abraham Lincoln to Frederick Douglass, and Walt Whitman to Bob Dylan.

Robert Burns was well aware of the revolution taking place across the Atlantic as he grew up. The poet was inspired. And America was to be inspired by him. From Abraham Lincoln to Frederick Douglass, and Walt Whitman to Bob Dylan, some of the most significant figures in American politics and culture have cited Burns as an influence.

During key moments in the nation's history these figures brought Burns's words to the fore. The Bard hit home too with America's public, beginning with the ex-pats he reminded of home. Those ex-pats were followed to America by two other Scots who also spread the word of Burns. The industrialist Andrew Carnegie keenly spread the word of Burns across the country. Singer Jean Redpath spread Burns's music within the folk revival in Greenwich Village in the 1960s.

Burns became a '19th-century Elvis' in the States, and his image was used to sell everything from cigars and tobacco to beer and fizzy pop. Today his impact upon America is further illustrated by memorials, not least in Atlanta, where a replica of Burns Cottage sits as home to the local Burns Club. Members of the club sing Burns's most famous song, Auld Lang Syne, a bona fide piece of American culture, which Americans have identified with New Year's Eve since Guy Lombardo began singing it on radio in the first part of the 20th century. It has become even more iconic since Hollywood adopted it in films such as It's a Wonderful Life.

Robert Burns never visited the United States, but whether in the north or south, east or west, its people have identified with the Bard and his works.

See all clips from Burns in the USA (3)

Why is Robert Burns’ work still so popular today? 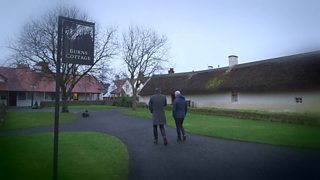 Broadcaster and musician Ricky Ross gives us his view.