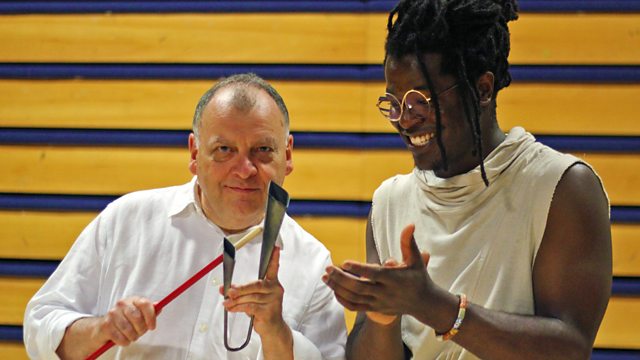 Boulez and His Rumble in the Jungle

In the 1950s the controversial young French composer Pierre Boulez made three life-changing trips to South America as musical director of the prestigious Renaud-Barrault Theatre Company. Whilst in Rio he experienced a Candomblé religious ritual, whose African rhythms and sounds inspired him to write some of the most important music of the twentieth century.

Robert Worby reveals, in rare recordings, the untold story of how South America changed Boulez's life, and how his exposure to non-Western music is now changing the way we listen to his music.

Boulez first heard non-European music in Paris 1943 when he used to go to the Musée Guimet to transcribe field recordings of ethnic music. The museum had planned a major mission to Indo-China, and Boulez had applied to join them as an ethnomusicologist; had it not been for the outbreak of the Vietnam war in 1947 his life might have gone in a different direction.

By the time of his second trip to South America, in 1956, he'd been studying non-Western music for ten years, and the Candomblé that he'd heard in Brazil that year infuses the score of his masterpiece Le Marteau sans Maitre.

But it's in the music Barrault asked him to write for his production of the Greek tragedy The Oresteia that you can hear the Candomblé most clearly. This, his only major work for the stage, is shrouded in mystery; savagely cut and unheard, it brought the ritual of an occult séance into the French theatre.

As Robert Worby discovers, on the third and final trip to 1956 South America, Boulez was propelled in a new direction when the young composer conducted a symphony orchestra in Venezuela for the first time, launching his parallel career as one of the world's greatest conductors.

And the recordings of the Candomblé are all available at the Centre of Research in Ethnomusicology: http://archives.crem-cnrs.fr/

In the photograph Robert Worby learns how to play the agogô under the watchful eye of Alysson Bruno (Photograph courtesy of Veronica Leopoldino).

Music on the Brink of Destruction 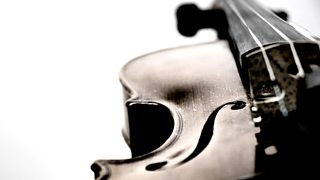