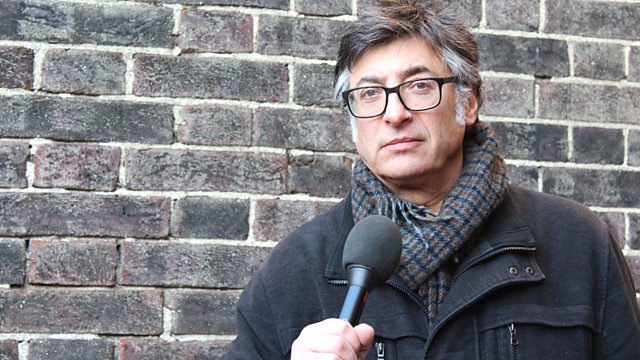 What has been the aftermath of the Harold Shipman murders? Alan Dein travels to Hyde in Greater Manchester to investigate.

What has been the aftermath of the Harold Shipman murders? Alan Dein investigates.

'Aftermath' is a new series which explores what happens to a community after it has been at the centre of a nationally significant event. This week, the Harold Shipman murders.

In the year 2000, Dr. Harold Shipman was convicted of murdering 15 of his patients. It was later established that he had killed around 250 people. In 2004 he hanged himself in prison. Alan Dein travels to Hyde in Greater Manchester, the town where Shipman was based, to find out what the impact has been; he speaks to victims' relatives, former patients and the GP who took over Shipman's surgery.

See all episodes from Aftermath

Support after Murder and Manslaughter offers understanding and support to families and friends who have been bereaved as a result of murder or manslaughter, through the mutual support of others who have suffered a similar tragedy.
Phone: 0845 8723440
www.samm.org.uk

Victim Support provides emotional and practical help to victims or witnesses of any crime, whether or not it has been reported to the police.
Phone: 0808 16 89 111 (weekdays 8pm-8am; weekends 24 hour service)
www.victimsupport.org.uk

Victim Support NI offers emotional and practical support to all victims and witnesses of crime across Northern Ireland.
Phone: 028 9024 3133
www.victimsupportni.co.uk

Victim Support Scotland offers emotional and practical support to all victims and witnesses of crime across Scotland.
Phone: 0345 603 9213.
www.victimsupportsco.org.uk

Samaritans is available 24 hours a day for anyone struggling to cope and provide a safe place to talk where calls are completely confidential.
Phone: 116 123
Email: jo@samaritans.org
www.samaritans.org

Cruse Bereavement Care provides support after the death of someone close including face to face, telephone, group support, as well as bereavement support for children.
Phone: 0808 808 1677 (England, Wales and Northern Ireland)
0845 600 2227 (Scotland)
www.cruse.org.uk

The Bereavement Trust offers comfort, support and practical advice to the bereaved from 6pm until 10pm every evening of the year.
Phone: 0800 435 455
http://bereavement-trust.org.uk