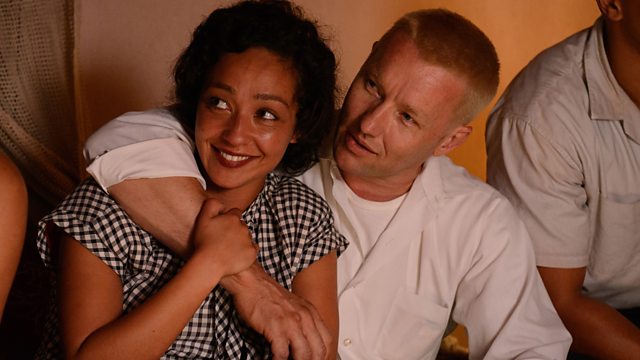 Loving is the true story of Richard and Mildred Loving, an interracial couple in 1960's Virginia who had to fight the American legal system to stay together, starring Oscar-nominated Ruth Negga. Gaylene Gould reviews.

Author Nathan Hill talks about his debut novel The Nix, which has won rave reviews in the US. Ten years in the writing, it's an ambitious book covering 50 years of American history and radical protest, as well as the story of a son and the mother who left him as a child. They next meet in adulthood, after a video of her throwing stones at a Trump-like candidate goes viral. The novel is out in the UK now.

Image to Left: Richard (2nd Left) and Mildred Loving after a police raid on their home in Loving

The Pitchfork Disney by Philip Ridley is at Shoreditch Town Hall until 18 March 2017.

Image: Hayley Squires as Haley Stray in The Pitchfork Disney

Nathan Hill's book The Nix is out now, published by Picador.