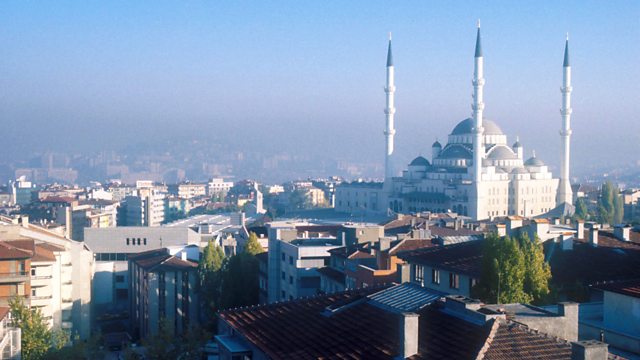 Turkey: Past and Present

Shafak's new novel, The Three Daughters of Eve, moves between Turkey and Britain, and is a tale of friendship, faith and betrayal. It portrays Turkey as a country riven by deep divisions in society, politics and religion.

Kaya Genç reports from across Turkey, exploring the lives of the country's angry young people on both sides of the political divide, while Fadi Hakura from Chatham House considers Turkey's changing relations with the outside world amid increasing nationalist feeling and isolationism.

Bettany Hughes's biography of Istanbul is the story of three cities - Byzantium, Constantinople and Istanbul - and reveals a city that's been at the heart of political life between the East and the West for the last eight thousand years.

Les Misérables: novel of the century?

Elif Shafak is an author.

Three Daughters of Eve is published by Viking.

Kaya Genç is a novelist and essayist from Istanbul.

Under the Shadow: Rage and Revolution in Modern Turkey is published by I.B.Tauris.

Bettany Hughes is a historian.

Istanbul: A Tale of Three Cities is published by W&N.