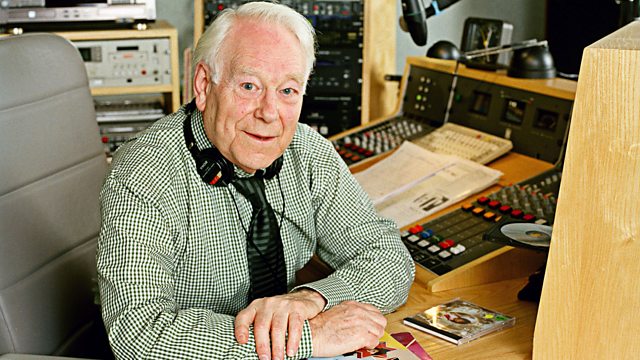 It was with great sadness that we at Radio 2 learned that Desmond Carrington had passed away on February 1st 2017. In this celebratory programme, recorded just before that date, we reflect on his wonderful life and work.

For over 70 years Desmond Carrington was a part of the lives of millions who tuned in to enjoy that famous velvet voice and his warm and sparkling company. For his faithful audience, Desmond managed that rare trick. He became more than a man with a microphone. He became a friend.

Desmond turned 90 in May last year and retired on the 28th October 2016, due to ill health. He had been presenting his show, The Music Goes Round (originally called All Time Greats) since October 1981.

With the help of contributions from Petula Clark, John Alderton, Jim Moir, Mark Radcliffe, Ken Bruce, producer Dave Aylott and Jarvis Cocker, plus archive clips of Desmond's work on the BBC (and the Armed Forces Radio Networks) dating back to 1945, including his memories with lifelong friend the late David Jacobs, she looks back over his long, varied and distinguished career as an actor and broadcaster.

See all clips from Desmond Carrington - All Time Great (2)