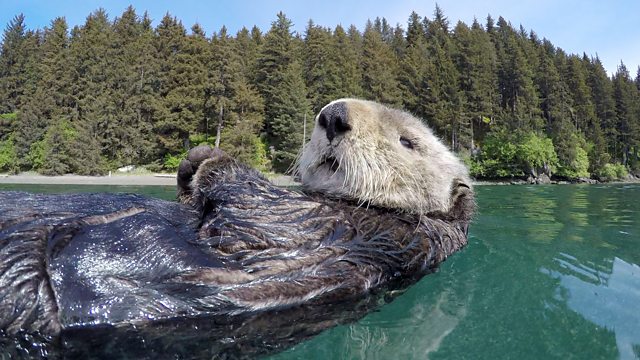 Documentary. Animatronic spy creatures go undercover to explore the world of animal intelligence and reveal their use of tools, self-medication, culture and subterfuge.

The spy creatures go undercover to explore the world of animal intelligence and reveal their use of tools, self-medication, culture and subterfuge. In Borneo, the most lifelike spy creature yet meets real orangutans and discovers how they use human tools. Spy Orang films how they wash with soap and how this behaviour is now part of their wild culture. In one of the most extraordinary scenes ever filmed, a wild orang uses a saw and competes with Spy Orang!

Spy Otter takes us to the heart of the sea otter colony to reveal their ingenious methods of finding and cracking open a meal. Spy Bushbaby infiltrates the world of chimpanzees to witness their problem solving and tool making, and is even hunted by a curious chimp. Spy Squirrel discovers how real squirrels use intellect and subterfuge to outwit other thieving squirrels.

Spy Ostrich Chick joins hatchlings in a nest and witnesses the daring trickery of the mother as she cleverly lures a leopard away from her vulnerable brood. Spy Termite Mound explores how drongo birds mislead meerkats in order to steal their food. Spy Crow films the world's most intelligent crow as he fashions tools from sticks to extract grubs and uses stones to crack nuts.

Capuchins discover that Spy Rock offers a convenient way to smash open their favourite food. Spy Sloth meets a real sloth and reveals the incredible jungle pharmacy that exists amongst its fur. In a magical scene, Spy Macaw, Spy Peccary and Spy Spider Monkey are our guides to a secret glade where jungle medicine abounds. This revelatory programme reveals that animals are far cleverer than we ever realised.

See all clips from Intelligence (4)