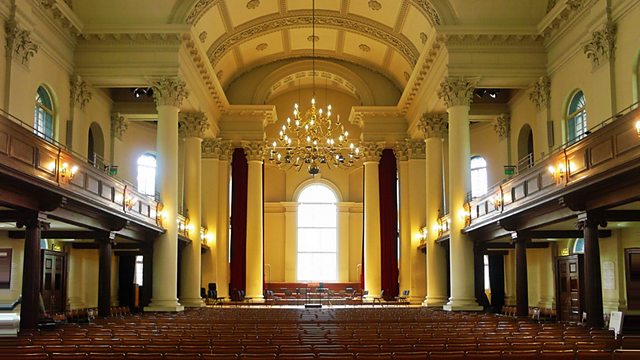 Brahms and Messiaen for Two Pianos

The brilliant pairing of pianists Pierre Laurent-Aimard and Tamara Stefanovich tonight present two masterworks written for two pianos. They begin with Brahms's sumptuous Sonata in F minor, which he re-wrote on the advice of Clara Schumann, and is better known now as the Piano Quintet.
After the interval, they play Messiaen's mystical Visions de l'amen. Written soon after his release from a German prison camp, the work is richly spiritual, incorporating bells and Messiaen's characteristic birdsong.

After tonight's concert there's a chance to hear the fruits of the latest round of Adopt-a-Composer projects, which pair a composer with an amateur performing group in order to write and perform a new piece of music.

See all recipes from Brahms and Messiaen for Two Pianos