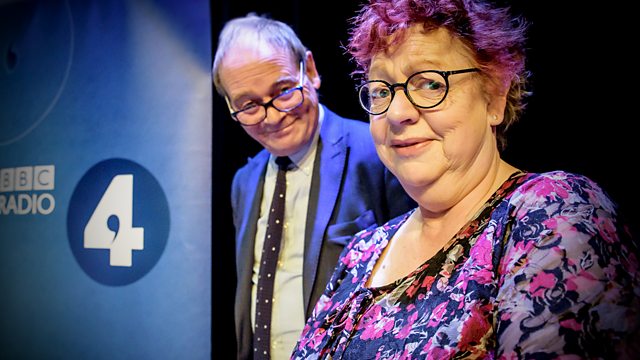 The Museum of Curiosity Series 10
Episode 3 of 6

This week, Professor John Lloyd his curator Jo Brand welcome a fashion historian with a taste for nautical chic, Amber Butchart; a quizzer with a business head and 57 trillion entries in his address book, Jack Waley-Cohen; and a comedian who's as big Down Under as he is internationally, Jimeoin.
This week, the Museum's guests investigate a failed cure for malaria that made the world go crazy for mauve; an inventive use of adverbs that will obsess inventive punsters; and a new unit of velocity for compressed curd.
Researched by Anne Miller of QI and Mike Turner.

The production coordinator was Sophie Richardson.