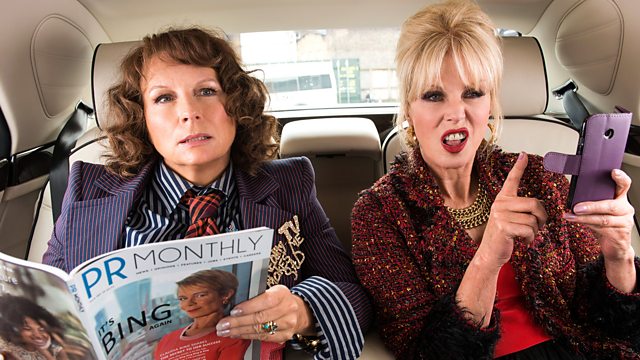 Madcap comedy based on the TV series. Eddy is on the hunt for a big new client as her PR firm runs out of money, but a setback sees her and Patsy on the run in the south of France.

Worried about her finances when her book fails to find a publisher, Patsy is given the tip that Kate Moss has left her PR company and will be looking for new representation. Things start to go awry when the plot to approach Kate goes horribly wrong, and Patsy and Edina find themselves vilified by the entire nation and having to flee the country.

Madcap comedy from BBC Films based on the TV series.